In order to guarantee delivery of nitrogen and oxygen to their main customer, a North Italian air separation plant required a back-up compressor. Investing in a new system however would mean financial haemorrhage. Luckily, they still owned a totally obsolete GHH Borsig main air compressor and KRUPP DSU 32X Planetarium gearbox. Energetic gave this installation a new lease of life, at a fraction of the cost of a new system.

Buyers of nitrogen and oxygen increasingly demand guaranteed continuity from their supplier. As did a North Italian air separation plant’s main customer recently. In first instance, investing in a back-up compressor seemed the only way to live up to this requirement. This solution would however not only be extremely costly, but also need quite a bit of time. Buying and installing a compressor of this category quickly takes up to a year. Luckily, the North Italian air separation plant came up with another option: to restart their old GHH TKd 4.5/5 air compressor and KRUPP DSU 32X Planetarium gearbox. More easily said than done… The system, with a flow of 14,200 m³/h and a pressure of 4.5 bar dated from 1958 and had been down for many years, remaining untouched and unmaintained. Time had taken its toll indeed: many parts had corroded and/or were completely outdated. Even so, this kind of machines should not be scrapped just like that. Quite the contrary is true: on many occasions it is possible to bring them up to date, at a fraction of the cost of investing in a new system. Moreover, this can be done fairly quickly: a total revision takes up just three to five weeks on average. 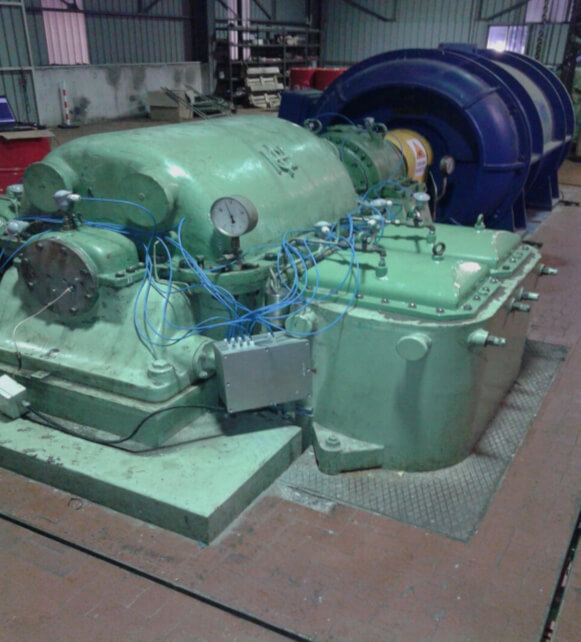 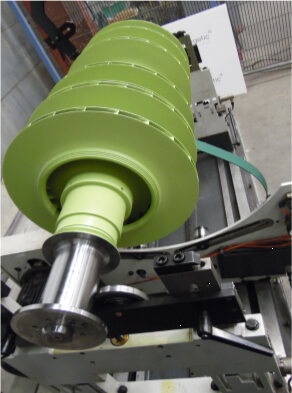 First, we conduct a visibility study to check whether the installation can be repaired at all. From the results of this study a first cost estimation is drawn up.

Upon the client’s agreement, we then fully dismantle the installation and transport all parts to our workshop in Stekene. There, the first step is to blast the parts with glass pearls. A detailed inspection of all parts then follows, with non-destructive tests, such as ‘dye penetrant’, ‘magnaflux’ and ‘ultrasonic waves’ being used to detect cracks.

The detailed price offer is drawn up after dimensional tests and a check to map the quality of previous repairs. This offer will always come in significantly lower than buying a new installation; in case of the North Italian plant the difference even amounted to 70%, hence proved incredibly interesting for the client since the installation would only serve as back-up.

A lot to do

The analysis report showed a lot of work was required. All of the compressor seals stopping leakage and reflow were totally worn. The Babbitt plain bearings of both the compressor and gearbox were out of specification. The teeth coupling was no longer up to standard, the stuffing boxes were leaking and all diaphragms eroded. Water had entered the oil system causing corrosion, which was also found to a large extent in the four inter stages as well as fifth stage final coolers. Two of these coolers could not even be salvaged at all and therefor needed replacing by new ones. The client chose to tackle all issues regarding the oil system and coolers themselves. Our role was exclusively focussed on the compressor and gearbox.

For a large part of the repair work Energetic applies the reverse engineering principle. We redesign existing parts, after which we include required adaptations to render these parts up to date and more efficient. We then produce these customised parts. This is exactly what we did for this project also, for the Babbitt plain bearings, the seal clearance, the honed pinions as well as the teeth coupling, with the latter having been remanufactured to its original design, but finished to a machine grade 4/6 classification standard. Energetic also solved and machined the erosion of the diaphragms. The Krupp-Stoeckicht DSU 32X Planetarium gearbox was given a complete overhaul, and the stuffing boxes were repaired by using new machined seals. 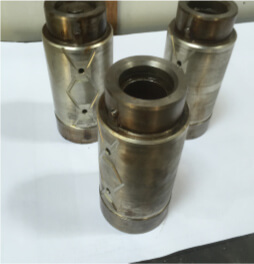 In a next phase the compressor shaft was balanced according to ISO 1940, after which the electrical run-out of the probe places on the shaft was inspected. The rotor with an operational speed of 11840 n/min was ‘dynamically balanced’ with an acceptable ‘rest unbalance’ according to ISO 1940 G 2.5. Lastly, all probe places were burnished according to API 617. The main goal was to turn the compressor fully functional again, but at the same time we aimed to prevent new downtime corrosion during the back-up waiting time. To that end, all parts of the compressor path were coated. To keep costs as low as possible, we opted for a low cost two components mixture, often used in the aviation industry and many compressor repair applications.

The last project phase consisted of transporting all revised and new components back to the North Italian air separation plant, where we reassembled the GHH TKd 4.5/5 air compressor and KRUPP DSU 32X Planetarium gearbox. For the installation to be truly up to date, Energetic installed and calibrated many instruments provided by the client. After four weeks, the installation was ready for go live. Also this phase we followed up closely, by checking amongst others all parameters, such as vibration, pressure, flow and temperature. With an excellent and very satisfactory result: the compressor runs very smooth and complies with all ISO 10816 specifications. Or in the words of the client: “The whole system purrs away like a little sewing machine…” 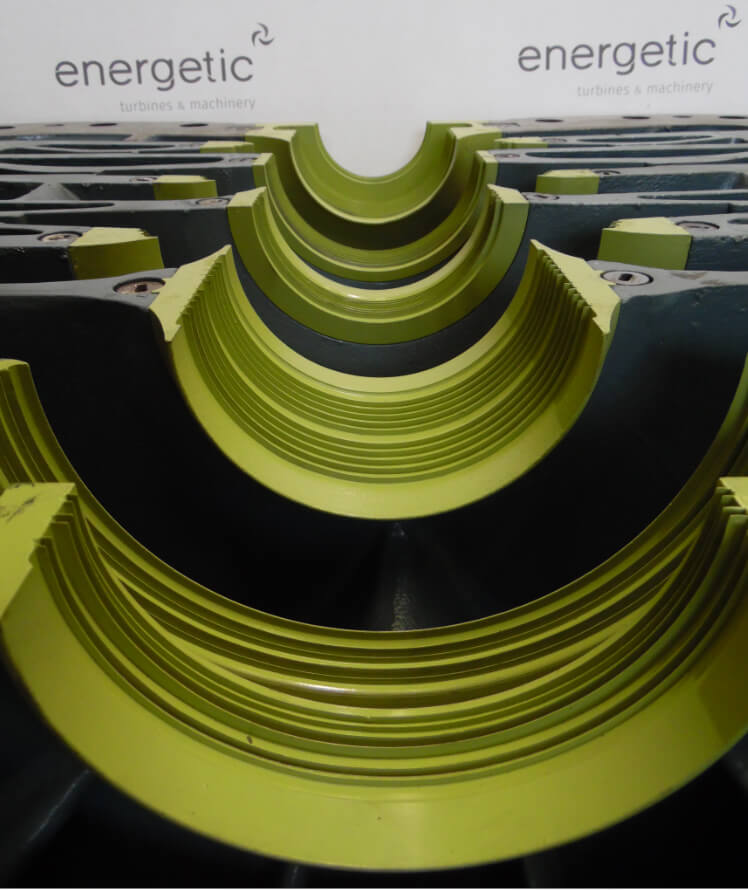